BaronFig, the creators of the Confidant notebook, Squire pen, and Archer pencils, have just released their latest quarterly limited edition: Prismatic. But first things first; What is the Archer? 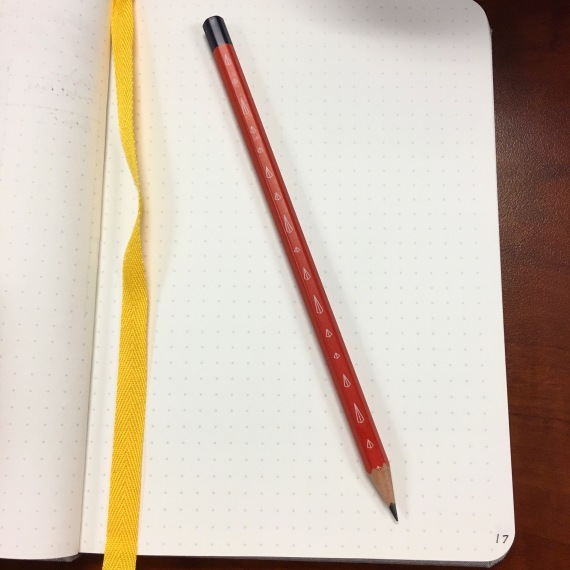 Just like the rest of the Baron Fig catalog, the Archer is a pencil designed by and for thinkers. The pencils feature the standard hexagonal body of traditional “off the shelf” brands, a smooth graphite HB grade core, and a rounded eraser-less back end. Fifteen dollars gets you a tube of twelve Archers.  That comes out to $1.25 per pencil, which places these squarely on the “premium” end of the spectrum. Not quite as expensive as the Palomino Blackwing, but far more costly than your standard Dixon Ticonderoga #2.

Now, before we go any further, let me make a confession; I don’t generally like using pencils. The fragile cores, the constantly shifting line impact, the eraser ‘leavings’. It just isn’t for me. That said, since I started this journey down the rabbit hole of pens and paper, I’ve opened my mind to tools that I wouldn’t ordinarily pick up in the hopes of learning something new and sharing that information. I’ve had the Prismatic for about a week now and I’m surprised how often I pick it up.

While the Prismatic Archers share all of the physical traits of the original in terms of size and composition, the design is where they stand apart. For the same $15 price tag, you get an equally proportioned combination of red, yellow, and blue pencils; each decorated with geometric shapes. The colors are vibrant and the subtle designs give the Prismatics a flash of style that sets them apart from regular pencils.

The pencils write pretty much how you would expect, as pencil grading appears to be a lot more consistent that fountain pen nib widths. If you’ve ever used a #2 (also known as HB) pencil, then you know exactly how these things write. It is also worth noting that I did (accidentally) drop the Prismatic point down directly on a kitchen floor. While the freshly sharpened point did chip off, the pencil was still completely usable with more than enough of a point left to write for a while. I have not done the sufficient scientific testing to determine if this core is better that  the cheaper options, however I’ve seen the same drop go much much worse with other, lesser tools.

Well, let me put it this way. If you’re reading this blog, you probably consider yourself to be at least an “enthusiast” when it comes to writing tools and accessories. There is a reason you spend a little more on that one special pen when you could just as easily go down to your local office supply chain and pick up ten cheap pens for a dollar. The Archers are great pencils. While they don’t reinvent the wheel, they do add a considerable amount of style to it. And the Prismatic edition takes that a step further with bold colors that stand out in any pen (or pencil) cup.

If you’ve got $15 to spare this month, branch out a little and grab some limited edition Prismatic Archers while you have the chance. And in doing so, you also get to support a small business of enthusiasts and thinkers. That’s always a smart purchase.

Huge thanks to Baron Fig for sending these pencils for review! If you want to grab your set of Limited Edition Archers before they’re gone, you can get them here.

Disclaimer: Baron Fig provided these pencils to The Poor Penman blog free of charge for the purpose of review. All opinions stated are those of the author.