The latest release from BaronFig solves one of the only concerns I had with the Squire pen. But is your pen rolling away enough on an issue to go in on a $24 minimalist pen stand? Let’s take a look and find out.

That’s right. Baron Fig has released a pen stand for the Squire, and it’s every bit as minimal and stylish as the rest of their catalog. Cut out of a solid piece of aluminum, the stand is a heavy-weight block that keeps your pen at the ready. The precision-cut nesting slot keeps the Squire secure without being so tight as to cause concerns over scratching the finish. There is even a small cut-out in that slot so you can stash the pen with the tip extended for immediate use.

The Pen Stand weighs in at 2.4 ounces, or roughly three times the weight of the Squire itself. This means that, even though the base of the stand is smooth, this thing isn’t going to slide around on most surfaces. 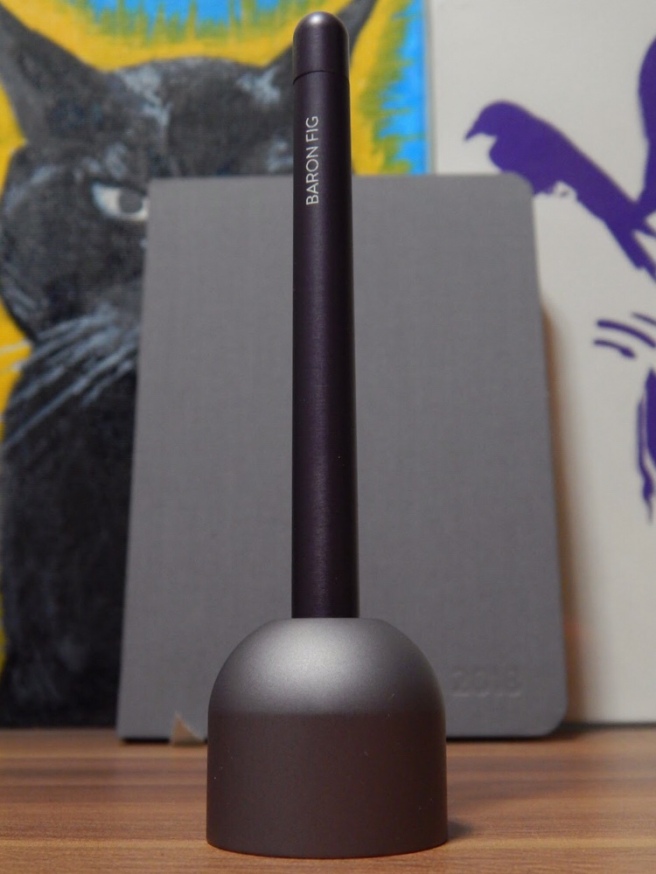 The finish on the aluminum of this pen stand is virtually identical to that of the Charcoal Squire, as well as the charcoal Confidant or the 2018 Planner. The finish is also very similar to the darker aluminum cases of many modern laptops. Basically, the stand will look right at home on most desk tops. The finish is uninterrupted by logos or branding on the visible surface, and has only the Baron Fig brand name etched on the underside. 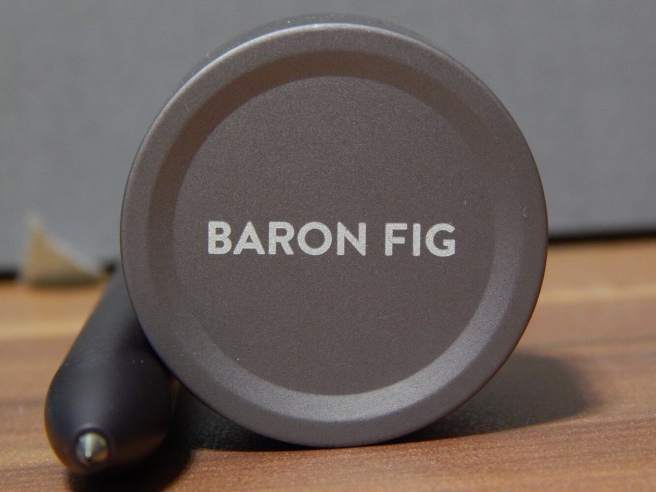 As most of my daily use pens are of the fountain variety, I don’t typically consider vertical pen stands to be viable. Being incredibly paranoid about nib damage and ink creeping out, I tend to store my pens horizontally on a soft roll-resistant surface when they are on deck for use. My Squire, for example, usually rests on my Nock, Co. Sinclair but that tends to take up a bit more desk space than I would like. The Baron Fig Pen Stand completely solves that problem. It keeps my Squire handy and ready to write, there is zero chance of a roll away or tip over, and it takes up about as much desk top real estate as a quarter.

At $24, the Baron Fig Pen Stand solves the one minor issue that some users have with the Squire Pen. For avid Squire users, this product is a must-have!

If you enjoyed this review, and want to check out the Baron Fig Pen Stand for yourself, use this affiliate link to get a $10 discount on your order of $20 or more. Using that code will also directly assist me in bringing more products in for review.